Cosmoprof Worldwide Bologna Postpones to 2022 and Announces a New Format

The 53rd edition of Cosmoprof Worldwide Bologna has been announced on April 14 to be postponed to 2022. The reference event for the global cosmetics industry will be back from 10 to 14 March 2022: Cosmopack pavilions, hosting the best of the supply chain, and the retail and perfumery sectors of Cosmo | Perfumery and Cosmetics will be inaugurated from Thursday to Sunday, while Cosmo | Hair, Nail and Beauty Salon will welcome professional operators from Friday to Monday.

"The event will be back in attendance on the expected dates of March, which are traditionally more functional for the needs of the cosmetics industry, - declares Gianpiero Calzolari, President of BolognaFiere. - However, the need to resume activities is tangible among the players in the sector. Therefore, a new event will be exceptionally organized with an unprecedented format, which will bring stakeholders to Bologna from 9 to 13 September for a first relaunch".

"In 2019, Cosmoprof Worldwide Bologna hosted over 250,000 operators from 154 countries, of which 47% foreign, and more than 3,000 companies from 70 countries, 70% of which from abroad. Such an international event needs an essential balance of factors, - underlines Enrico Zannini, General Manager of BolognaFiere Cosmoprof. - For over 50 years, the event has been the first appointment on the calendar to define the entire year's business strategy. In Bologna, new collections are launched, and collaborations are outlined on a global scale. To ensure a functional edition in line with market expectations, it is necessary to reschedule Cosmoprof for March 2022. In the meantime, to help the sector recover, in September we will organize an event that will attract operators and companies for a first but fundamental relaunch of activities".

"The postponement to March next year of the most important international event dedicated to cosmetics requires a further effort on the sector and the professionals of its articulated supply chain, - comments Renato Ancorotti, President of Cosmetica Italia. - During the following months, the industry must not just keep waiting, but it must work on a restart, in safety and awareness, and at full speed. The recovery that all the players in the sector are expecting, and that will have a fundamental test event in September with the new project by Cosmoprof, must pass through the constant dialogue opened by Cosmetica Italia with the institutions. The relaunch plans will have to consider the requests of the industry. Alongside our historic partner BolognaFiere Cosmoprof, every day we hear the voice of a responsible and innovative industry, linked to over 400,000 employees and capable of generating, despite the drop in turnover (-13%) and exports (-16.7 %) registered in 2020 in Italy, an economic system of 33 billion euros. We are an industry that is good for the country".

To facilitate business activities during the first half of the year, when physical appointments will not be allowed yet, WeCosmoprof International, the digital event scheduled from 7 to 18 June, will offer an unprecedented platform. For the first time, companies and visitors to all the trade fairs of the Cosmoprof network will be able to interact with each other and share new programs for the future.

The Cosmoprof events will enjoy the support of the Italian Ministry of Foreign Affairs and International Cooperation and ITA - Italian Trade Agency.

BeautySourcing is participating in the 2022 BEAUTY DÜSSELDORF on May 6-8, 2022 in Germany. At that time, we will present with 30 premium suppliers and part of their featured products as well as display the latest eco-friendly solutions from Chinese suppliers. 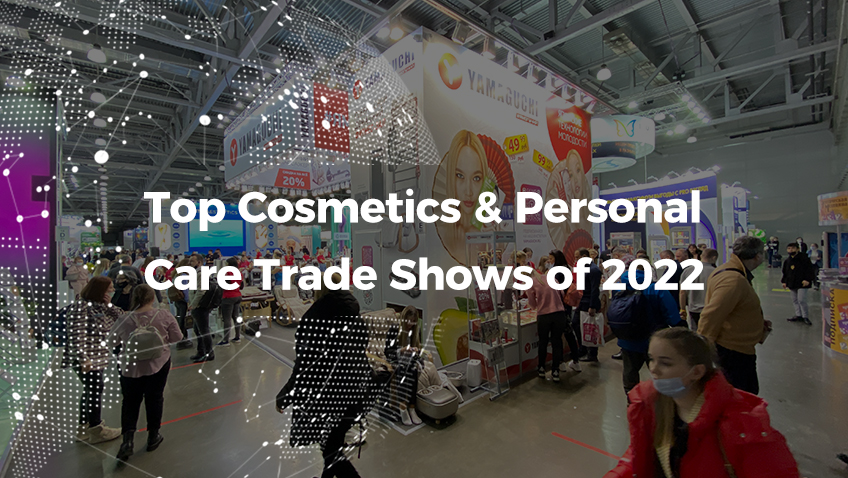 The global beauty & skincare market is recovering as effective epidemic prevention policies are put in place. Looking for innovative solutions at a trade show might be a good way to kick start your business in 2022. Here BeautySourcing presents you beauty tradeshow calendar of 2022.